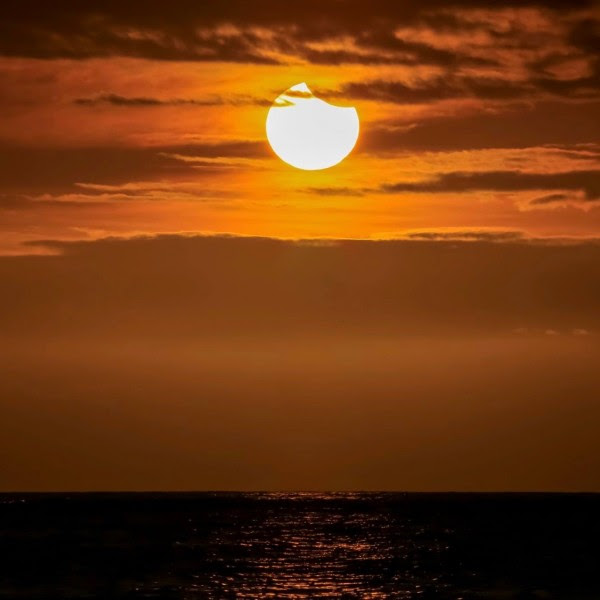 It was a partial solar eclipse sunset from the Big Island of Hawaii on March 8, 2016, said Chris Tinker. Thanks, Chris!~earthsky.org 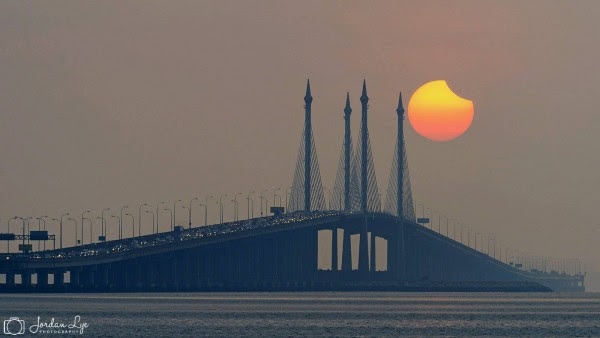 Jordan Lye Photography in Penang, Malaysia caught the partial phases of the eclipse. He wrote: “Where the sun just started to rise from the hill behind.”~earthsky.org
The full moon on November 2016 presents the closest supermoon of the year (356,509 kilometers or 221,524 miles).
Farthest full moon of 2016 on April 22. One fortnight (approximately two weeks) after the year’s nearest new moon on April 7, it’ll be the year’s farthest and smallest full moon on April 22, 2016. People are calling this sort of moon a micro moon.~earthsky.org

“Move closer to your inner landscape. Notice your need for silence and slow steps.
Honor this
with
meditation, sacred pause and strengthening your relationship with Self. Watch, listen, notice.
With Shivaratri, Venus’s transit into Aquarius, a new Moon and a Solar Eclipse opening the delicate eclipse portal for the coming weeks, this is a time to clarify your needs, intentions and self care resources in order for greater inner stability. The days to come may provoke inner and outer challenges more acutely. Are you listening to or resisting the messages?

The new Moon is powerfully silent, coinciding with Shivaratri and a total solar eclipse. As the Moon empties entirely, the connection to your inner landscape deepens. This is an opportunity to plant seeds of desire very intentionally. During the eclipse portal (March 8th to 23rd) your soil will be tilled, old roots will be dug up, rocks and debris will be removed. It’s a time of clearing and cleaning- of preparation.

Shiva as destroyer, is at one with this awakened state of creativity. His role is to support your collapse into concentrated, focused alignment with the harmony of existence- that which is pure consciousness, deep, unaltered silence.

New Moon in Purvabhadrapada, instigates the power of ruling deity Ajaikapada- an expression of lord Shiva in the form of Lord of the Dance. His ability to balance the impossible, challenge and resource, life and death, material and spiritual realms, gives him his power and strength.”~swatijrjyotish.com (I know a few Oula and Nia teachers who are like that.  That sentence is a mess and I could not clean it up, hope you get bad English.  I do.~L)

“Because Truth.. and our relationship with Truth .. is changing.
The old codes are shifting, and with them, a new wave of information – and modes of interpretation – are coming through.
The old roadmaps that said – this be the way to the mountaintop – are changing, rapidly.
We´ll see this with the intense focus on the Mutable Signs (Gemini, Virgo, Sagittarius, Pisces) throughout this year and the next. A lot of pedestals are going to dissolve (and rightly so), and many of us will discover a healthier relationship with the Journey and its many Conceptual Roadmaps.
Navigate away, brave adventurers – but bear in mind the terrain keeps changing.
The ´I Know, I Judge, My Truth is Better Than Your Truth´ vibe has gotta go. At least the parts of it that make you rigid to change.”~
Bairavee Balasubramaniam 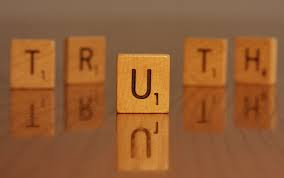 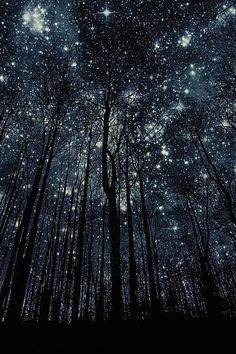 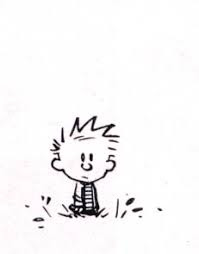 (1) There´s a lot of deep, karmic processing going on right now. We´re looking at energetic patterns inherited from ancestral lineages and from past-life dynamics.
(2) We are challenged to see the role we play in the creation and perpetuation of these karmic dynamics in our lives. In so doing, we are asked to shed the games of projection and illusion often seen in Piscean energy. There is little room here now for the martyr or the victim.  (This is SOOOO key, in my life.  Getting a real understanding of what projection is made clarity possible for me.~L)
(3) We are shown the ways or paths to ground or anchor new energetic vibrations that can help us in the choosing of new experiences, paths, and realities. Some of these will come through powerful teachers, and others through the use of healing tools and modalities.
(4) If we choose to let it, this eclipse can help us clear away karmic debris from previous times which we no longer need to re-play in our lives. Bottom line. (And it is just that simple: SEE IT: LET IT GO, rinse, repeat.  The time I spend talking myself into complication is the real problem.  If I let it be, it’s yes or no.~L)
(5) As we do so, we clear the psychic waterways and are better able to step into and explore our own gifts and deeper connections with Spirit.
Any way you slice it, these are the key themes that the Pisces Eclipse brings to our awareness. There´s a tonne of asteroids and minor planets involved in this configuration – and really – they point to the same message.
(6) Get grounded.
(7) Sleep, or simply Rest.
8) Supplement.
(9) Meditate. Nothing too intense at this time, unless you´re strongly called to it. But simply closing your eyes and paying attention to your breath is more than enough.
Right now the key theme is to simply Be.”
~Bairavee Balasubramaniam
The Sky Priestess (I have to tell you, I am so glad to have been led to the Sky Priestess.  Really straightforward, except for her name.  What a doozy of a moniker!~L) 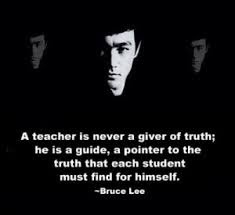 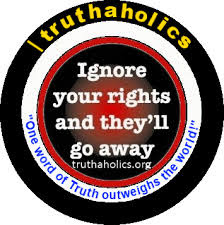 (Not an endorsement, thought it was cool and relevant.~L) 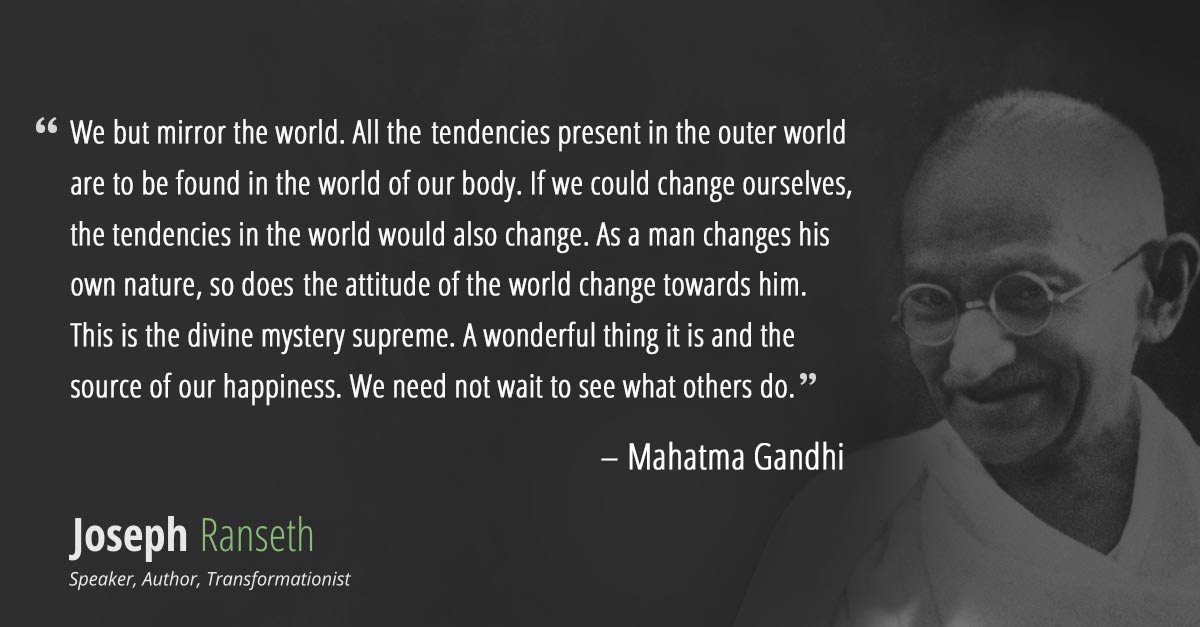 For you, Anna, and the beautiful mirrors you all are. 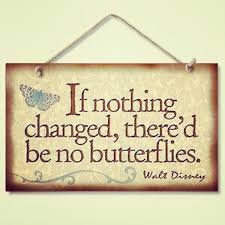 “The Goddess weaves her Magic and Mystery through Love, Joy, Warmth and Play. But equally so through Sorrow, Grief, Abandonment and Pain.
I had a dream last night in which I was shown, once more, the multi-facetedness of Her Presence in The World. She is the moving, living, breathing force that moves through All. Seen and Unseen.
It was a powerful reminder of her Love. In the dream, she helped me find my strength to close the door to a powerful karmic current in my life I was ready to release. I saw her wear multiple faces, some of those who had hurt me, some of a Higher/Deeper Self, and many others.
It was a realization and a reminder to see the personal hurts and attachments we associate with our human life as part of her Sacred Dance. And to trust in that Dance, and our ability to evolve through it.
As we walk in Faith with the Goddess, we understand this complex tapestry She weaves with us, as co-weavers, or co-creators of Experience and Consciousness.
Be She Asherah. Kali. Diana. Hecate. Dhumavati. Ixchel. Pele. Brighid. Inanna. Sophia. Gaia. By these names, or any other name, or no name at all.
She is here with us now. And always has been. And always will be.
Hail Goddess! Hail the Mother!
Blessings and Love,
Priestess B. Bairavee
I AM Rising: The Goddess Awakens” (So, I thought I was done with the Priestess in this post, then got this in my inbox.  Had to include it.  I did Adrienne Elise’s activation last night and found it to be really powerful.  My dream last night was hosting the Laughing Yoga and not guiding it the way I knew I should because I was afraid of my voice and of being “too much”.  What did YOU dream last night?~L) 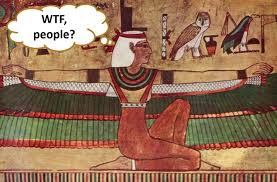 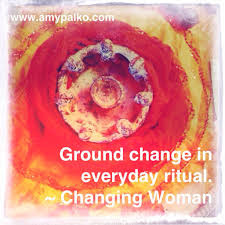 “As Rahu conjuncts retrograde Jupiter in Leo, there will be an adjustment phase for the coming weeks and months. This is a time for your inner god to meet your inner demon, your light to meet your darkness.
Normally, Jupiter is a comfort and a support, yet the relationship between Jupiter and Rahu is contradictory. Your demon and god qualities will be forced to face each other in the first six months of this cycle. How can both get their needs met, in order for greater harmony within? Where have you been avoiding this integration of your human and god qualities?”~swatijrjyotish.com
(I included the above a while back; good to remind ourselves that this process called life is simple and complex, small and large, by turns.  It is as personal as merging soul with personality and as universal as marrying matter and spirit.  That’s why all the changes changing endlessly, (Creator, creating creation, Onani.) if you follow me.  It is said in astrology that all eclipses disrupt the Gaian magnetosphere, therefore our individual and universal magnetic fields.  Energies are reshaped and refocused.~L) 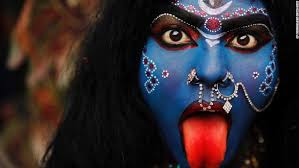 “I will tell you why,” she said to him.
“You are male and I am female.
“You are of sky and I am of earth.
“You are constant in your brightness, but I must change with the seasons.
“You move constantly at the edge of heaven, while I must be fixed in one place…
“Remember, as different as we are, you and I, we are of one spirit. As dissimilar as we are, you and I, we are of equal worth…Unlike each other as you and I are, there can be no harmony in the universe as long as there is no harmony between us.” (Zolbrod 1984: 275)~xroads.virginia.edu  (Remind you of Navaratri?~L) 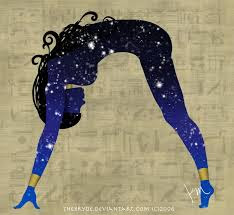 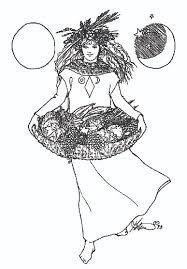 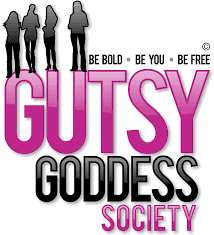 another non-endorsement~L
At last, here we are on the precipice of the biggest change ever imagined (and ironically back to the basic beginnings of our Lunar Yoga exploration): the marriage of opposites, the change unchanging, the conjunctio oppositorum, the ultimate unifying event.  The union of man and woman, the sacred marriage of god and goddess, a journey sans baggage, a trip without end.  Should be quite a ride.  We’ll do some yoga for flexibility and Thursday and Saturday.  Get warmed up, limbered up, ready to leap the chasm.  What say you?  Join me? 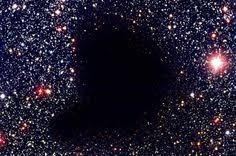 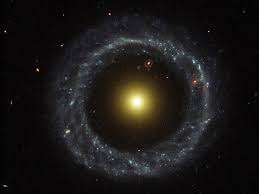 March 9, 2016. Yuri Alekseyevitch Gagarin (1934 – 1968) would have been 82 today. He became the first human ever to travel into space on April 12, 1961, flying into orbit around Earth for 89.1 minutes in Russia’s Vostok 1 spacecraft. He circled the Earth once and flew as high as 200 miles (327 km). The entire mission, from launching to landing lasted 108 minutes.
Gagarin was known for his good humour, perseverance, and calm.
On April 12, 1961, the Russians amazed the world by launching Vostok 3KA-3 (Vostok 1) from the Baikonur Cosmodrome with Yuri Gagarin aboard. Vostok means East in Russian.
East for sunrise, and for the rise of the Space Age. (Happy Birthday, Rocketman.  He lived in a hideout in the ground he dug with what remained of his family after his sisters were taken to labor camps for the duration of ww2.~L)
Hear a recording of Yuri Gagarin saying “poyekhali” (“let’s go”) before the launch.~earthsky.org 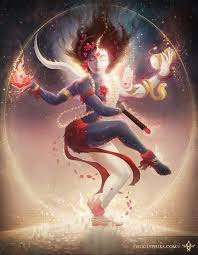 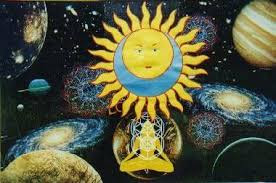 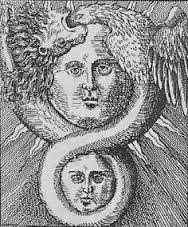 We will work on that, Joe. 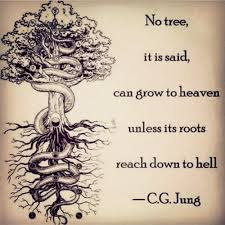 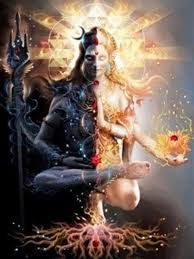 So it’s Cosmic Twister with the changing truth Thursday at 12 noon and Saturday at 10:45am.
Seek potential and possibility in everything you encounter this week.

Called to our flexibility, Lotus up, yo.
Love Abides,
L